What does it mean when a guy calls you babe but you are not dating? Well, it could be for a number of reasons. He could just be the kind of guy who calls everyone Babe, just as a term of endearment. He could have, if only momentarily, forgotten your name (ah, the horror! Rest assured though, he probably feels worse about this than you do). He could mean it in the particularly “guy” sense of the word – meaning that he finds you physically attractive and that you are a real babe.

You’re His Babelicious Booty – “I got you, babe.’

Joey, from the television series, Friends, had a classic one liner, – “How you doin;?”. With a raised eyebrow and husky voice, his meaning was clear. He was saying more than ‘hello’, and ‘how are you.’ He was flirting, and paying a compliment, at the same time. So, what does it mean when a guy calls you ‘babe’, but you are not in relationship?

What Does It All May Mean? Here Are Some Ideas 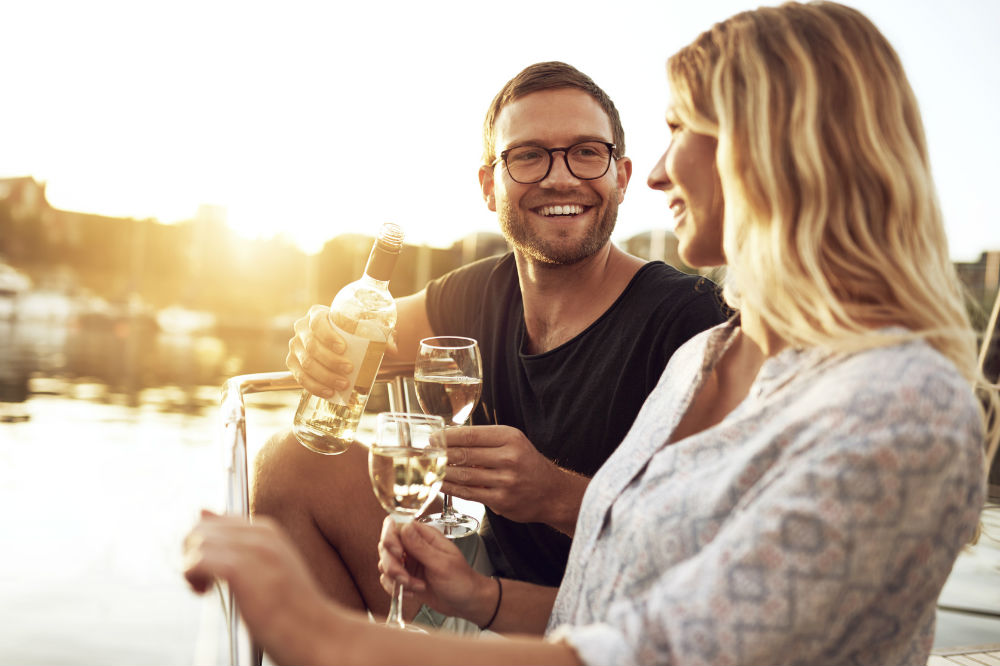 1.  Babe alert! He calls everyone babe

He’s probably a player – and has a list of girls on speed dial, and when he answers your call, a ‘Hey, babe’, well, it sounds pretty intimate, but you just may be one babe, out of a hundred. A guy may call all women, babe, as an affectionate term used in friendship – you have to understand that ‘babe’ may just be a pet name for everyone- his sisters, his female friends, and the waitress who bring his coffee.

He may not be a player, but ‘babe’ is not a special word to him, it’s a fairly generic word used without any emotional significance. Everyone is ‘babe’ to him, and it’s not a special word that means anything more. For a lot of men, generally, ‘babe’, is much more special, and not used all the time. In fact, it may be a man’s way of testing the waters, and flirting with you.

It is possible that he is trying to take your relationship to the next level; if you are not dating but have been chatting for a while, or perhaps even known each other for years, this could be his way of trying to inject some romance into your situation.

Instead of trying to figure out the ins and outs of when a guy calls you babe does he like you, how about you take matters into your own hands? Tell him to make it clear and bring you some flowers or take you out to dinner, as a start, instead of making you try to work out what his language means.

2. Flirty flirty – He wants a relationship with you ‘babe’

He’s been chatting to you for weeks, and you’ve agreed to meet out for drinks. The waitress comes over, and he asks you what you’d like to drink. ‘Babe, what would you like to drink?’ You blush and order a coke. Has he forgotten your name? Already?

No, he’s flirting with you. Perhaps he’s a romantic charmer who can tease you with his wit, and wonderful sense of humor. However, he may be shy, and more reserved, and calling you ‘babe’ is his way of being romantic, and a little pet name, that shows his interest in you.

It speaks about his attraction to you, and that he considers you a romantic partner. He can imagine a future relationship with you. It the feeling is mutual, then being called ‘babe’ is a compliment, but, if you’re less inclined, it’s a sign that he may have stronger feelings than you do. Well, all this sounds mysterious.

‘Babe,’ is a term of endearment, and normally reserved for people who are intimate on some level – emotionally, physically, or in a relationship. If the stranger at the bar, starts calling you ‘babe’, then you should know that he wants to make a connection with you. It may be for an evening, or something, more permanent. It’s up to you to decide how to proceed.

Is he coming on too strong, and a little tipsy? Well, he may not be able to say very much more, but he’s letting you know, he’s attracted to you. He might be shy, or a total player – you will have to trust your gut and be sensible. Is he out with friends? Has he asked what your name is, and introduced himself?

This is basic social etiquette and may seem like a small detail, but it speaks volumes. Sure, you’re a babe, but you’re also you –  you can’t be  ‘babe’, all night long. You have a name and can introduce yourself too.

Men reserve this category for the woman who is extremely physically attractive. Is Megan Fox a ‘ babe’, how about Hilary Clinton? What about Scarlet Johansen? So, when your man calls you a babe, he’s paying you a compliment. You are his ‘babe’ and he may be your ‘stud’ or ‘honey’ – but ‘babe’ may also be a word that he uses to describe attractive women, in general.

It’s probably not something you will hear him say, but around the guys, it may be a word he uses a lot. Rest assured, you are his ‘babe’, and it means a lot. It’s a term of endearment when spoken to you, and not a description. 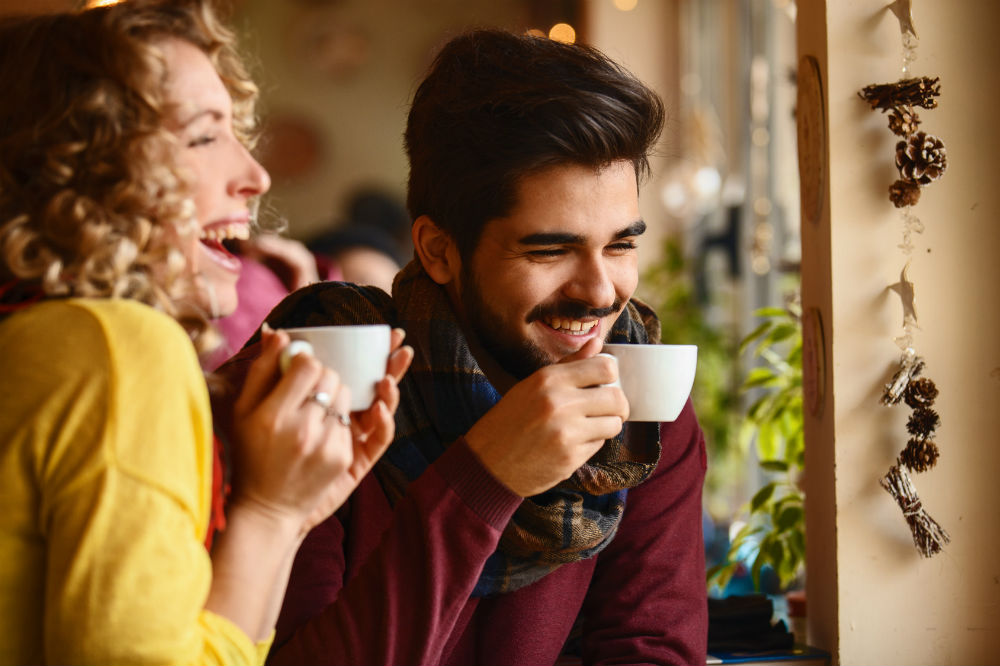 Well, as you can see, it can mean a lot, or it may be a generic term, that has little meaning. For men, ‘babe’ has many uses – it’s a term of endearment, a part of their flirting, a part of their universal guy dictionary, and a name for very attractive women. For some men, though, it does not have much meaning, at all. It really depends on the guy, and your personal relationship history, and what your pet names, for each other, may be.

He calls you ‘babe’, you call him ‘stud’ – but your friendship is about as neutral as Switzerland – so really, it means zilch. However, let’s say your friendship is changing, into something more, and out of from his lips, comes this little word, “Hey, babe, how are you?’  Well, this is a sign that is everything has changed.

He sees you as much more than a friend and is telling you, with one small word. New ball park. New rules. You’re in new territory. You blush a little, he reaches out and takes your hand. Congratulations – you have left the friends’ zone. Let the romancing begin, but, this is not always the case.

It can be a romantic, and complimentary, pet name, that shows how close you are, and speaks about your intimate connection. It shows your closeness, and that you are in a committed relationship. On the other hand, for some men, it can be a very general word, used all the time, to speak to women.

This may be because the guy is a total player, or, it may be that he is shy, and testing the waters, and is trying to flirt with you. You will have to judge for yourself, and get to know the man, a little better, to tell what calling you ‘babe’ means, to him. It may mean the world, or, a little less optimistically, it may not mean that much. It may be a term used for all his female friends, or, he may be very attracted to you and wants to tell you, you’re his babe, and, no one else’s. 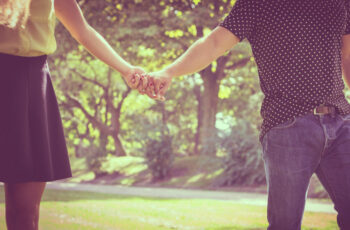 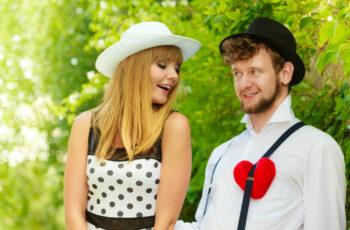