When it comes to men, women often find themselves confused and wondering what could possibly be going on inside his head. Sometimes it happens when you’re riding in the car and there’s a moment of silence, or when you catch him staring at you for no apparent reason. Asking him won’t always produce the answer to your question. What’s he really thinking? Well, the only one who truly knows is him, but we’ve got a pretty good idea.

Getting inside his head might not be as hard as you think. The male brain is only as complicated as you make it out to be. They prioritize things differently than you might, it just takes you viewing things from his perspective instead of your own. It’s entirely possible to figure him out and after some practice, it’ll be as if you could read his mind. So here’s the answer to the age old question: what’s he really thinking?

How Do You Get Inside His Head?

Men panic when they think something is wrong, so when you say things like you need to talk or ask if you can ask him something, his fight or flight instinct kicks in.

You should begin with talking to him as if it’s any other day and any other conversation, without worrying him that there is a problem. You’re just trying to understand how he thinks. Learn his reactions and way of thinking and you’ll be able to understand him better.

So What’s He Really Thinking? 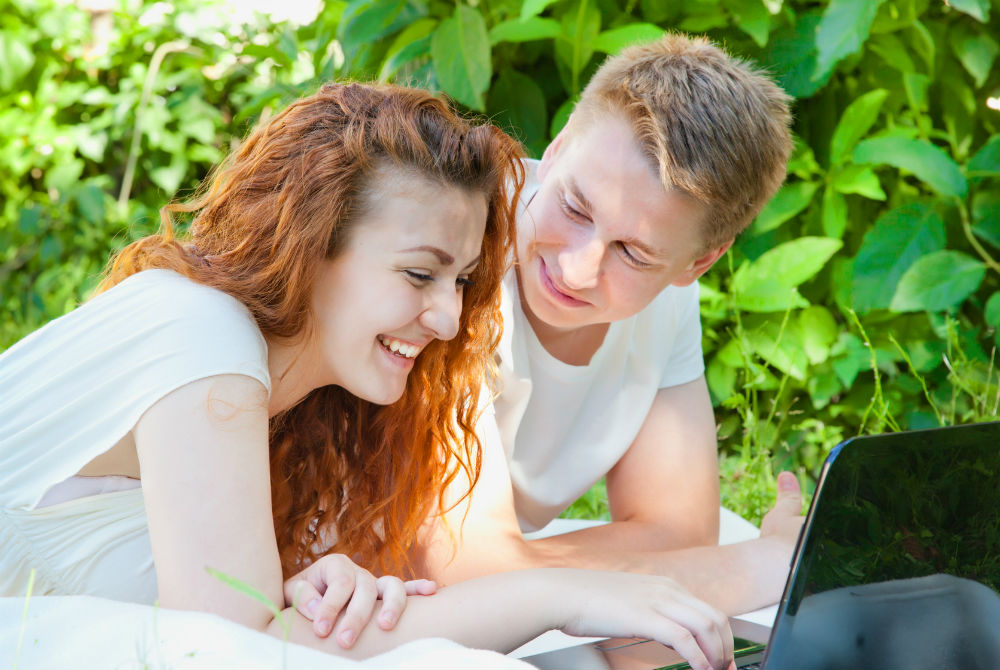 Nine times out of ten, men are thinking about something completely unrelated to what’s in front of them. He might be thinking about what he wants to eat while you’re going down the highway, or daydreaming about you while he’s watching the game.

And when he’s staring at you for no apparent reason? He’s likely to be thanking his lucky stars that he gets to spend his life with you. It’s all a matter of learning how he thinks and what he likes, and we’ve got some answers.

Men aren’t as one-track minded as people like to assume. They can multitask and think about several different things at once, just like women do.

He might be quiet when he gets home after a long day at work and be contemplating things that went on throughout the day. Maybe he had an issue with a coworker or something went wrong on the job.

When he’s ready to talk about it, he will. In the meantime, remember what you know about how he thinks, watch the expressions on his face, and listen to the tone of his voice. The better you know him, the easier it will be to figure out what’s going on in that noggin. 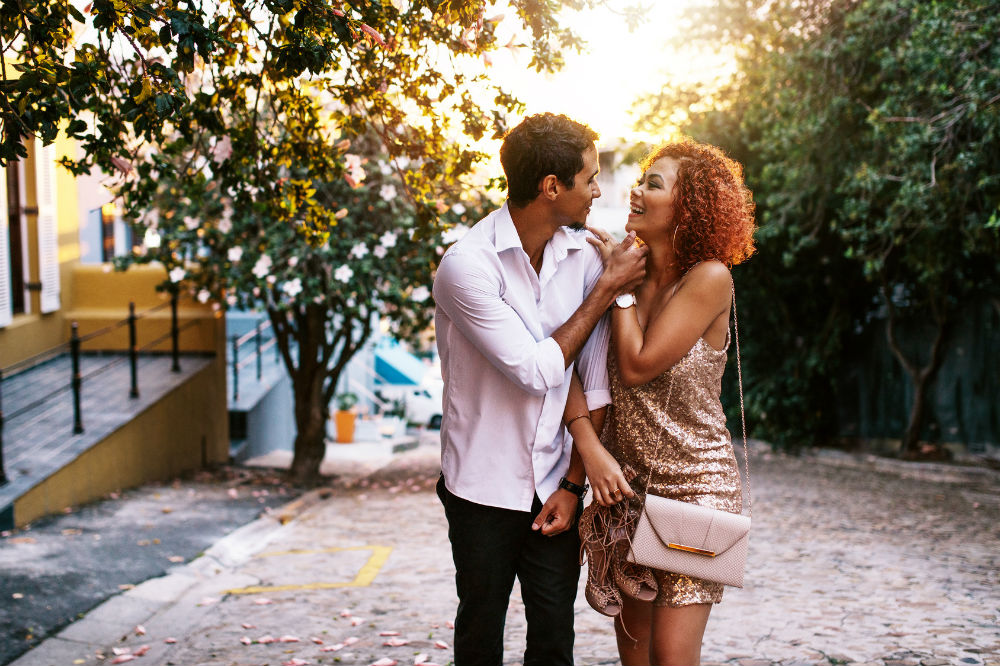 Men over analyze things, too. It’s just part of human nature that we over think and try to figure out something when there isn’t necessarily anything to figure out. That’s a lot of the reason that men rationalize things with the “women are crazy” sentiment.

It makes them feel better because they’re not alone. They enjoy long cuddling sessions so they can be close to you, and they put a lot of pressure on themselves, just like women.

While women feel pressured to have a family by a certain age, men feel pressure to settle down and get married. This is especially true when their circle of friends is largely made up of happily married men.

They bail after one-night stand because they don’t like the awkwardness, and people are usually either hung over or still intoxicated, which can be a mess.

People with hangovers tend to be grumpy and they don’t want to see you like that or have you see them that way, so they tend to get away before that can happen.

It’s not that you did anything wrong, or that he did, it’s just that he doesn’t want an unpleasant day because either or both of you don’t feel that great.

Men also have a tendency to exude confidence, sometimes to a point of too much. From the time they’re little boys, they’re taught that confidence is the best thing they can have, so some of them might overdo it, especially when they’re not sure what they’re doing.

If you’re still asking yourself about what’s he really thinking, then you may need to read a little deeper into the subject on this website or talk to a guy friend or family member to help you understand better. 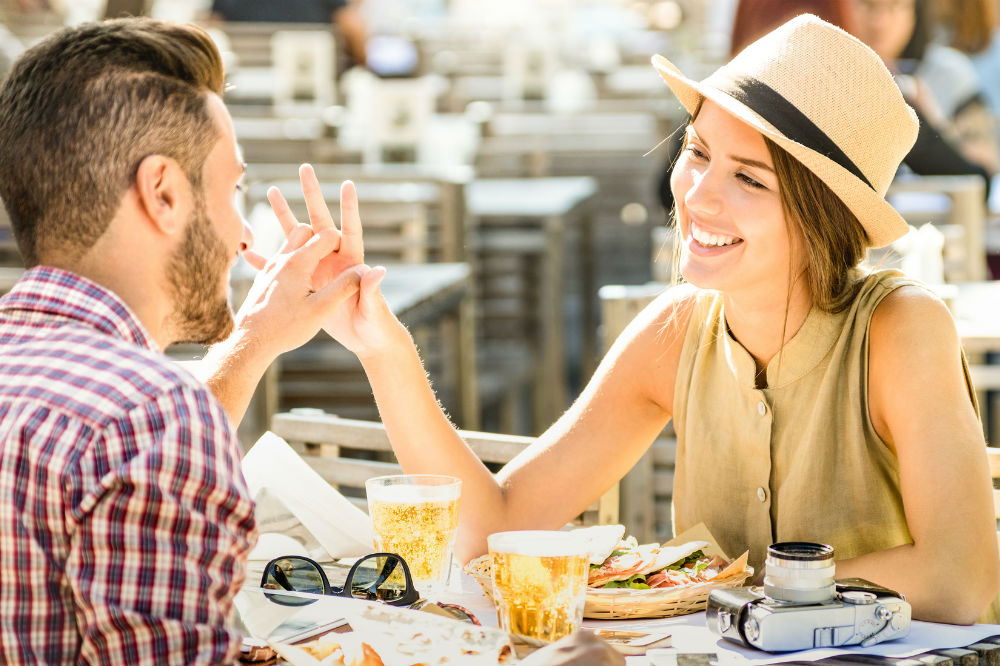 Although there are a lot of similarities between men and women, and neither sex is particularly alien or incomprehensible, there are also a lot of differences too.

While we’re agonizing over whether he’s thinking about other women as he stares off into the distance, chances are he’s just thinking about what he’s going to eat for dinner!

Women generally analyze things a lot more, while men can be more straight forward. A lot of relationship issues can arise from this; we can often feel frustrated or as though we are missing the point – and our partners.

The best advice, as always, is to communicate. If you want to get inside his head, just ask him what’s going on in there. It doesn’t have to be a big, serious relationship discussion (some guys run scared at the thought of “talking” in case it means something huge)!

Just a simple “how are you doing?” can be enough to remind him that you’re there, and that you care about him. And remember, if he says he’s just thinking about the football scores, this is almost certainly true!

If you’re having trouble understanding the guy in your life, try talking to him just like you would any other guy, and casually ask him questions that can help you understand his brain. Men aren’t hard to understand; it just takes a little work to get there.

In summary, you shouldn’t pressure your guy to talk about things he doesn’t want to discuss. Let him come to you.

Learn what he likes and what he despises, get to know how he feels about certain topics or happenings, and be a friend first. For more on understanding your guy, check this guide on why men are confusing and how they work. 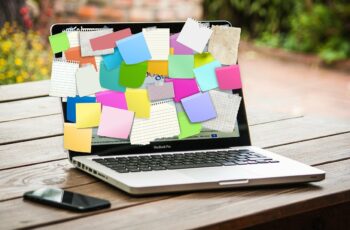 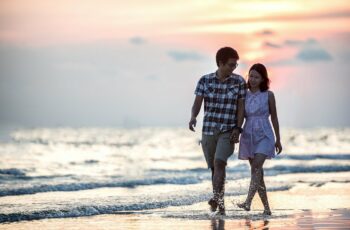