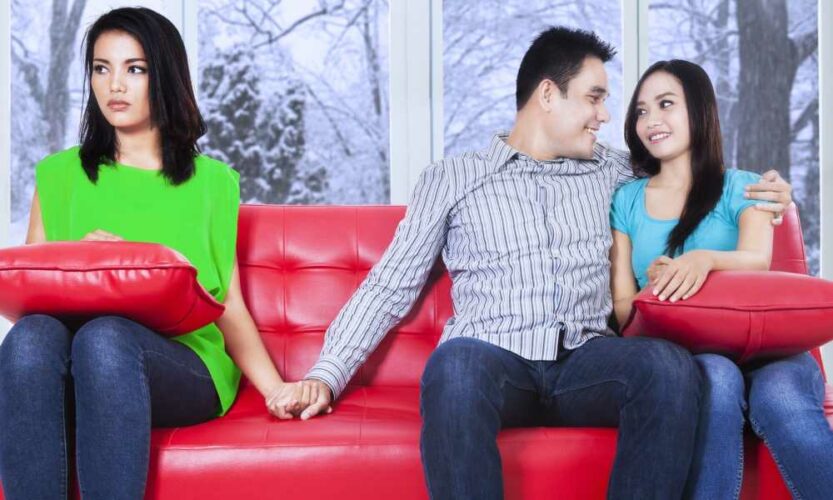 You might have experienced this, or simply wondered why men cheat on their partners or wives. While surveys have shown that men are more likely to get into extramarital affairs, compared to women, remember that cheating a wife or partner does not have any legitimate reason.

However, extramarital affairs are not situations that casually happen; there are reasons behind it. Let us delve into the whys and wherefores of why men have affairs.

This is perhaps the most prevailing reason why men cheat on their spouses. Men are physical individuals and when their wives and partners neglect their sexual obligations, they stray and find comfort in other women. But being physical does not mean they are not emotional beings too.

Men are emotional as well, but are not as good compared to women in terms of expressing their feelings. They want to be appreciated for their efforts, and also have a need to have their emotional needs fulfilled and recognized. Failing to provide them with these basic needs, in turn, leads some men to get into an affair.

Dissatisfaction with their sex lives

This is connected with the reason mentioned beforehand, but surveys have shown that sexual dissatisfaction is not actually a chief reason why men cheat on their significant others. However, this reason must not be ignored.

Men who commit adultery at times are revealed to have unfulfilling sex lives with their partners, so they look for women who can provide their needs. As mentioned earlier, men are physical beings, and those whose needs are overlooked often get them from available, willing women.

To run away from an unsatisfying marriage

An unhappy marriage, or issues between a married couple will not justify adultery, but men who live a disappointing married life are vulnerable to infidelity. An unhappy husband seeks comfort outside his home with another woman. Those who do not want to face their marital problems instead settle for extramarital affairs.

Falling out of love

People marry because they are in love with each other and promise to be with one another in sickness and in health. However falling out of love can happen, and men who lose that emotional and physical bond with their wives often seek to find those lost feelings with another woman.

This usually happens in older men. Some men feel insecure as they grow old, worrying that they are losing their zest for life, their masculinity, sexual proficiency and appearance. Thus, in order to gain that certainty, they get into extramarital affairs with younger women to feel good about themselves once more.

Several seek affairs due to the fact that they feel too ancient or unwanted; hence, it is recognized that insecurity is one of the many reasons why men commit adultery.

Influence from people who cheat

Men who have friends who flirt with infidelity can be tempted to try out such an act. These friends make all that adultery look like it is a common thing for all men to do.

Men often tend to work long hours in the office compared to the number of hours they spend at home. Whenever they come home, they will have dinner with their family and the rest of the night is spent either watching TV or sleeping.

If men do not feel appreciated in their own home but well-tended and valued at work by a female officemate, there is a possibility that the man might toy with the idea of committing adultery. Men who fall for their officemates is not an unusual scenario.

While this might seem shallow or outlandish, there are, in fact, men who try cheating, not because they feel insecure, underappreciated or have an unsatisfactory sex life, but because they want to satisfy or fulfill a fantasy or a curiosity.

The thrill of something new in the form of an illicit affair is something of a challenge for these men so they test the waters and see if they can get away with it.

Adultery is one of the primary reasons why married couples file for divorce. However, this does not mean that divorce is the only option for most married couples once an affair comes to light. There is still life after an affair, and there is a likelihood that couples will be capable of surviving this kind of hurdle and make the marriage work once more.